Phil grew up in the surfing community of Melbourne, Florida. He was drawing from the age of 5 and earning money for his art at 13. At 15 he was drawing caricatures in front of crowds at sidewalk art shows around the state. The December ’82 cover of Surfer magazine (seen below) launched his career in Hollywood, where he rose to be one of the top illustrators in movie advertising, freelancing for all the major studios. Phil’s scientific illustrations of how waves work for Drew Kampion’s Book of Waves have been published in scientific journals and museum exhibits around the world. Phil has created the coveted winner’s trophies for the prestigious Pipeline Masters since 2008. Phil loves to explore the boundless limits of how and where to apply his talents. He likes to capture the legends of surfing and historical moments in surfing in his paintings and sculptures and is excited that his best work is still yet to come. 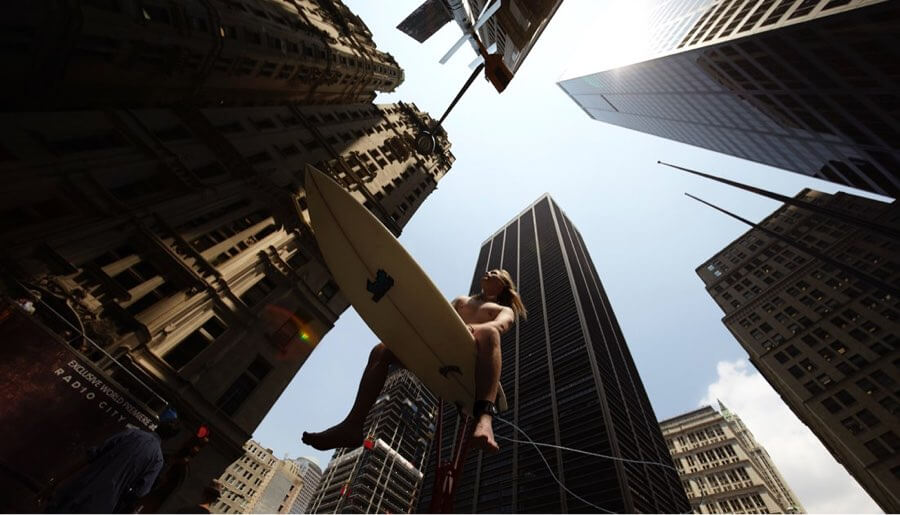 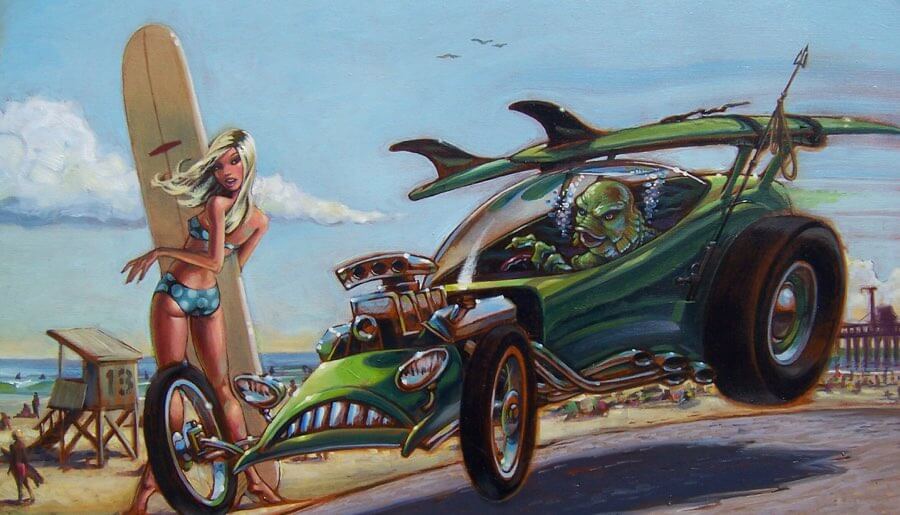