In the East, the swastika 卐 is a symbol of divinity, peace, and spirituality. For example, the swastika symbol is clearly visible in Japanese temples and shrines. Even in the West, the swastika was once a symbol of good fortune, until the 1930s when the German Nazi party adopted it as their own, and the symbol took on a very different meaning, becoming a symbol of antisemitism, racism, hate, fear, and war.

Given its modern-day meaning in the West, it’s perhaps unfortunate that some American (Californian) youths in the 1950s and 60s chose to adopt the swastika as a symbol of their rebel surf subculture. They even adopted the term “Surf Nazis“ and the ‘Sieg Heil‘ salute (a Nazi salute where the right arm is raised in the air with a straightened hand — pictured below).

The Sieg Heil gesture (pictured above) translated means “Hail victory!”, which in Nazi Germany was a signal of obedience to the party’s leader, Adolf Hitler, and of German national pride. To the Californian surfers, the salute signaled their devotion to surfing.

The Surf Nazi brand — at least for the most part — was nothing to do with racism or war. It was a sub-cultures rebellion to the media of the time branding them as “rebels”, “beach bums”, and “punks” — associating them with drugs, anti-social behaviour, and gangs.

Identifying as a Surf Nazi — in their eyes — was their devotion to surfing. They identified more with their fellow surfing tribe than the mainstream, government, commercial society, and social norms like careers, wealth, and possessions. They wanted to get a rise out of mainstream society, not to condone Nazism, or so we think/hope.

The following quote from legendary surfer, Greg Noll sums up the attitude of some Californian youths of the time:

For the first time ever, you had a group of guys that didn’t give a rat’s ass — dropping out of the basketball team or the football team and just giving the whole thing the finger going “I don’t give a shit about that, I wanna go surfing”.

The movement was bolstered by influential surfing icon, loner, hedonist, and renegade surfer, Miki Dora (aka “Da Cat”) painting a swastika on his surfboard. Surf Nazi graffiti, including swastikas, also appeared around the beach at Malibu, in California.

Going back in time even further, to the mid-1930s, the first commercially made surfboard is thought to be the “Swastika Model” by Pacific Systems Homes in California (pictured below). The Swastika Model arguably came during a time when the swastika was still seen as a symbol of good luck and harmony. In 1938, Word War 2 changed everything, and the surfboard was renamed the “Waikiki Surf-Board”.

Below is an old advertisement for the Swastika Surfboard featuring the unfortunately worded tagline: “Enjoy the thrill of a swastika”.

While in the beginning, it was more of a counter-culture and love-of-surfing movement. By the mid-1960s the term started to evolve to be more representative of the aggressive and territorial side of surf culture — coinciding with the explosion of interest in, and commercialisation of surfing.

In the 1960s, surfing became wildly popular. Hollywood was churning out “surf movies” featuring superstars of the time like Elvis Presley — see Blue Hawaii — playing handsome, cool, fun-loving surfers. The music industry was manufacturing a new sound dubbed, “surf music” with bands like The Beach Boys leading the way. John Severson‘s magazine, “The Surfer” was the talk of the town. A TV series called Gidget (pictured below) captured the hearts and imaginations of a whole new generation of female surfers. The fashion industry jumped on the bandwagon too — “surf fashion” was the new craze — with boardshorts, surfing-themed t-shirts, and Aloha shirts being adorned in cities, as well as at the beach.

Suddenly, identifying as a surfer was the ‘in thing’, and the waves and beaches of California filled up with ‘wannabe surfers’ and ‘posers’.

Needless to say, the surfers extreme enough to brand themselves as Surf Nazis were not happy about this. Their subculture had become mainstream culture. It threatened their way of life, their identities, and their access to waves! This led to territorialisation of surf spots. Surfers feeling ownership of ‘their wave’ became violent and hostile towards ‘non-locals’ and people they felt weren’t ‘real surfers’.

In 1987, the movie, “Surf Nazis Must Die‘ was released. A movie the LA Times described as: “Calling it a bad movie doesn’t do it justice. It’s feebly done on every level. The actors are often upstaged by the beach graffiti”. The New York Times called it: “Thoroughly stupid. Not even the actors’ relatives will find this interesting”. Ouch.

While popular in the 1960s and 70s, the term Surf Nazis still appears to be in limited circulation today, with its own website and even merchandise available to buy. In their words:

Surf Nazi is dedication and devotion to Surfing and to Mother Ocean. We are not associated with Nazis, Skinheads, racism or any of that bullshit. We are associated with skaters and snowboarders because those artforms evolved from their patriarch, surfing. Everyone and everything else can suck it. We give full respect to the Ocean and total allegiance to surfing.

A quote from the What is “Surf Nazi”? website

If you’re interested to learn more, there’s a book titled, Surf Nazis and Other Objectional Material by C.R. Stecyk III.

For the record, we don’t personally identify with any of this. In the West, the term “Nazi” and the swastika are symbols of racism and hate, which we are very much against. But isn’t it fascinating? When you consider the sinister connotations, mixed with the privileged, joyful, freedom-loving outlooks and lifestyles of these young, white Californian surfers. Then consider the United States’ extreme history (and present day problems) of racism and white supremacy. It’s kinda stupid. 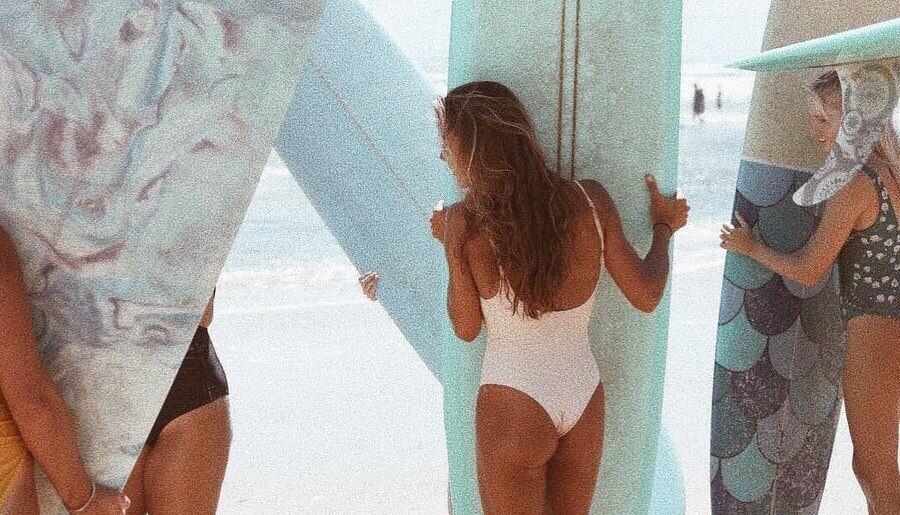 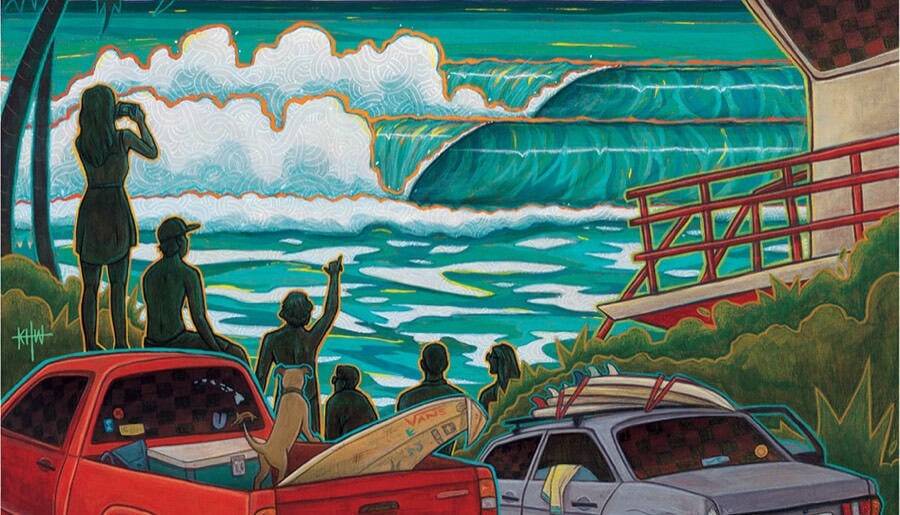