John fell in love with the ocean as a boy, living on the North Shore of Oahu, Hawaii. He learned to surf in Santa Cruz, California in the ’60s while studying advertising at Art Center. After graduating, John became a Navy pilot and took in more beautiful surf and coastline while he was stationed in Monterey, California. A thirty-year career in advertising then took him to New York and later to Seattle, where he now lives. He’s back to doing what he loves these days: painting and surfing. John’s early memories of the ocean and retro Southern Californian surf culture inspire his work. The impressionistic style of his art captures movement and the intense connection of the surfer and the wave. He moves beyond the literal “perfect wave” and straight into the soul of surfing. 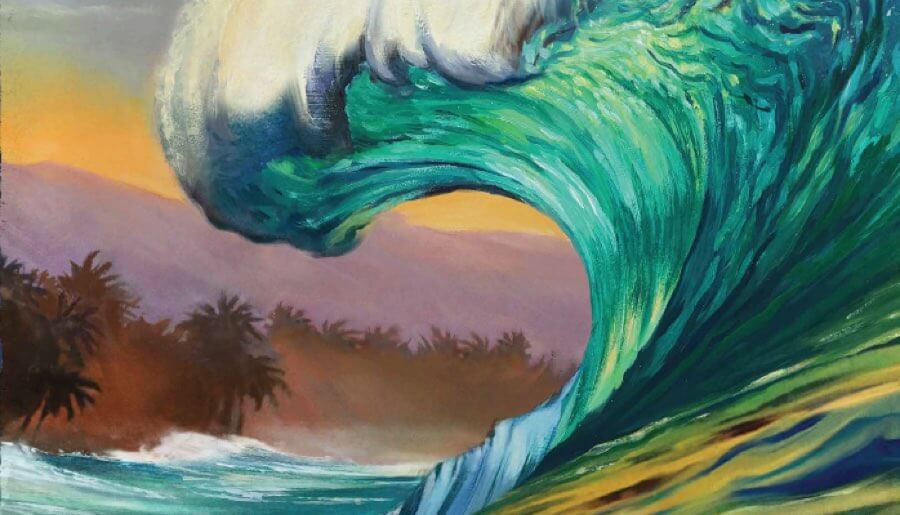 The art of the Triple Crown of Surfing 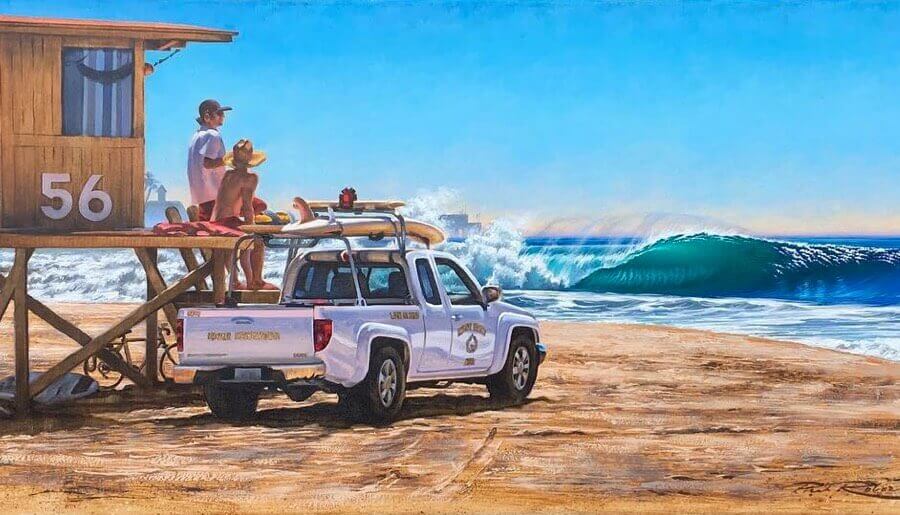